Some praise, but also criticism of Enrique Peñalosa's TED talk about cities


I have a few comments about Enrique Peñalosa's recent TED talk, which has been making the rounds. I'll say up front that he makes a lot of very good comments and it is worth watching. He's right: a bus with 80 people ought to have dedicated lanes. The streets should be safe for children and families. We have to rein in sprawl. But I have some criticism of the example pictures that he shows. I think that they undermine his message.

(all images are from the TED talk) 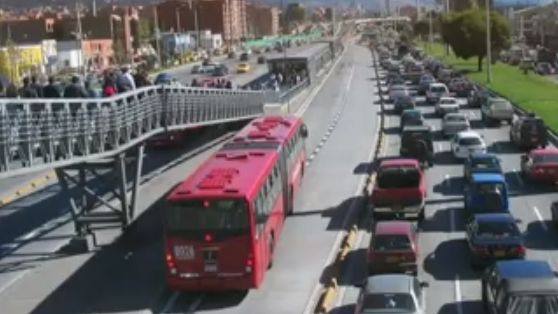 Here we see his example of a bus rapid transit system in his country. I'll say that from a technical perspective, it's pretty neat. Cheap labor costs, reuse of existing roadway, good ridership all make this a cost-effective project. The big problem is the location. This is highway-median transit. Look at what the people have to walk across just to get to the station. The 3 lanes of cars that you can see are only a fraction of the total. There's even more lanes of cars outside the frame of the picture, on the other side of the pointlessly landscaped median. This is about as anti-urban a scene as you can get. For all that he talks about equity for people, this is an example of a highway where the vast majority of the space is dedicated to private automobiles. And I think that this is a miserable example and it won't inspire anyone to want to copy it. It puts the transit in a very inhospitable location. 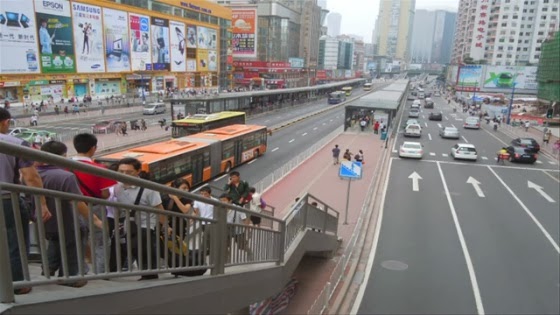 This is an example from Guangzhou, China. It's slightly better, in that there's only 6 lanes of traffic surrounding the busway. But it's still a hideously wide, Hypertrophic corridor: there's even grade separation of pedestrians. You can't cross this street without going up and over. It's a highway. If you want to talk about superiority over subways, then you need to show us a corridor with urbanism that matches what a subway can provide. This is not that. This is not human scaled. This is a massive hole in the city.


Now, at this point in the TED talk is where Peñalosa goes off the deep end. The last 2 pictures could have been dismissed as just unfortunate choices. But this here is his "vision" of the city of the future. And it is HORRIFYING!

The picture painted here is one that might make Le Corbusier's heart warm. Towers in the park. Giant highways. Grade separated pedestrian ways. It's practically a compendium of what-not-to-do in urban areas. This is a vision which was implemented in 20th century cities and turned out to be a complete disaster (e.g. 1950s public housing projects). What in the world is Enrique thinking? 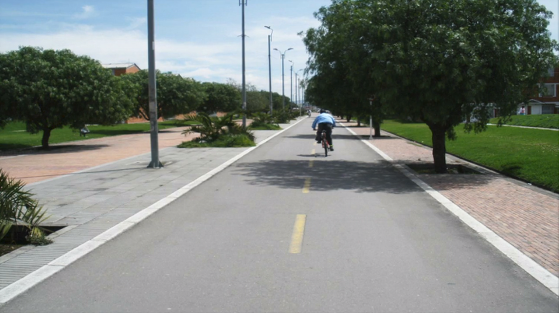 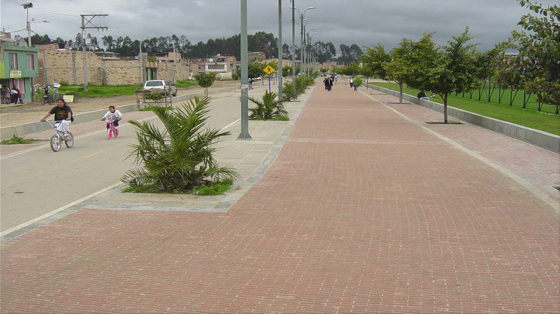 I picked out these two examples of streets with large pedestrian/bikeway areas. Actually, it's not clear if the top example even has a roadway for cars. The major problem with these two pictures is: where's the life? Both are in almost completely dead scenes. There's no street life. There's no "eyes on the street" because they're both set in desolate places. Instead there's tons of "buffering greenspace." These would make fine recreational paths through a park. But for a city street, these violate the first principles of safety in numbers. Perhaps this is not his vision for a city street, he's not entirely clear. I hope not. This is not the vision of a vibrant city. At best, it is the vision of an outlying suburb. Compare that to this picture he also shows: 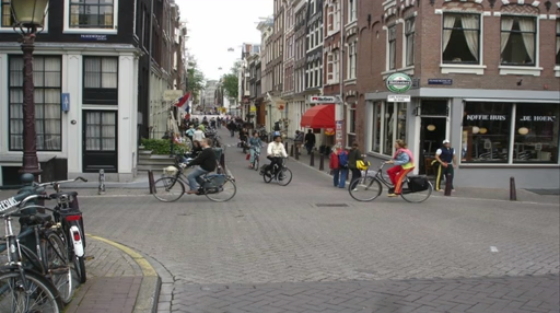 Isn't that obviously much better? Life, people, a human-friendly street and neighborhood. Simple. But not from Colombia.

I don't know what to make of Enrique Peñalosa in this talk. On the one hand, he says lots of good things, and even shows some nice pictures from places like Amsterdam. On the other hand, he highlights examples from his own country that look like the worst of the tragic mistakes from 1950s urban planning.