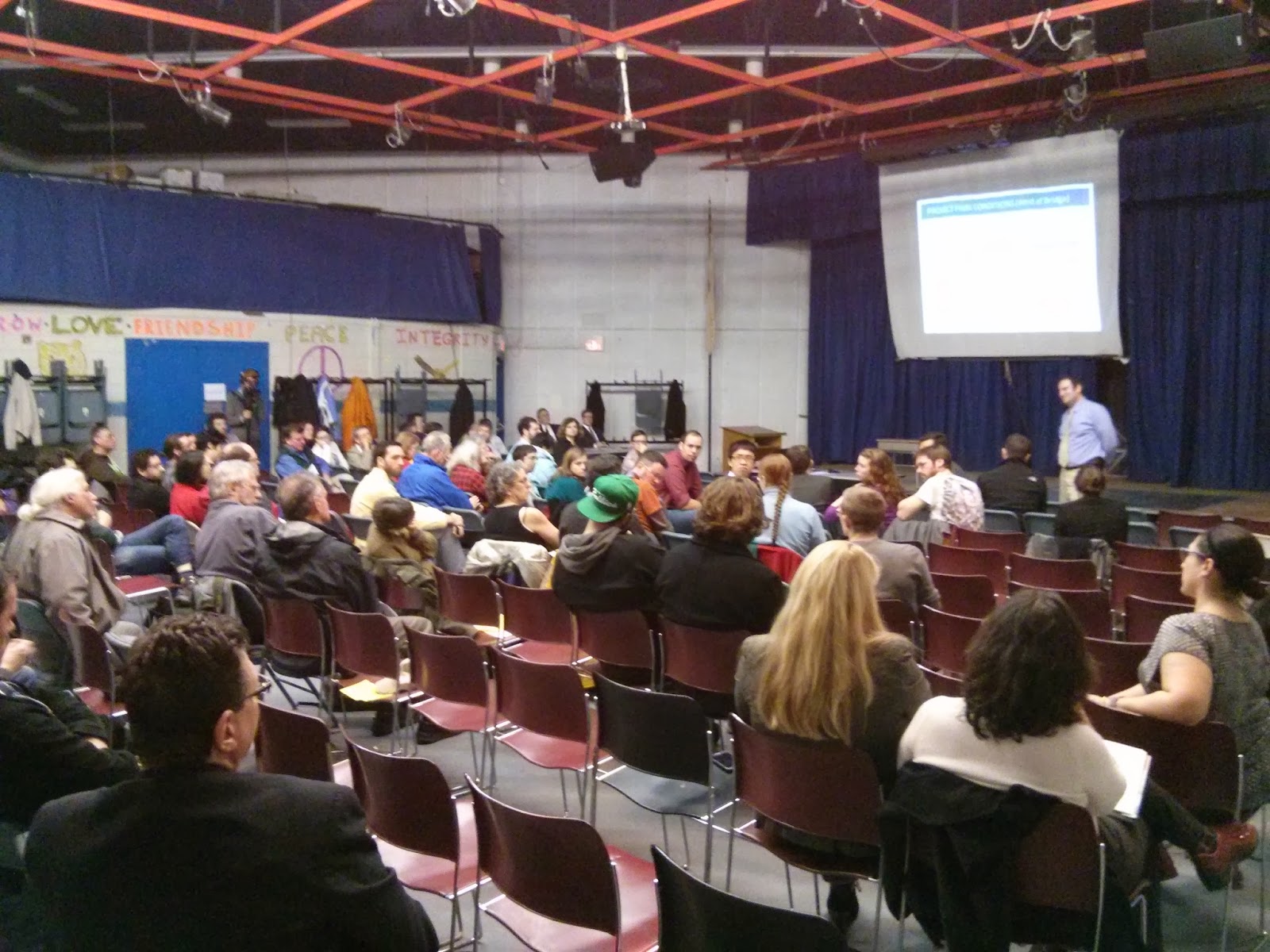 Yesterday was the third and, we believe, final public hearing about the Cambridge Street overpass repair project (MassDOT #606376). I would estimate that close to a hundred people showed up to hear about some major changes were made after the second meeting back on Nov 19. The Boston Globe summarized some of the changes, also shown in this cross-section: 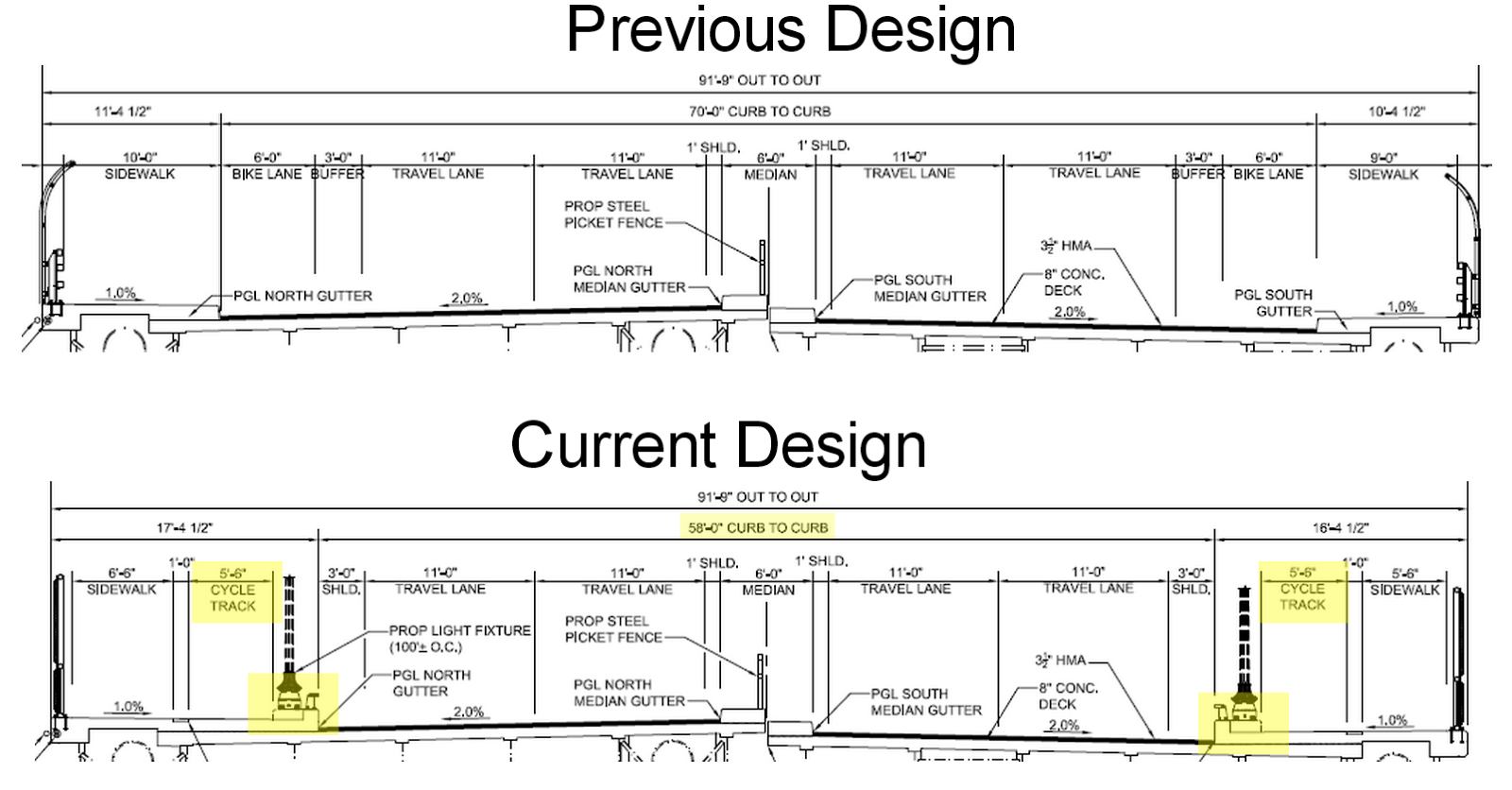 MassDOT engineers decided to create the crosswalk at Mansfield Street but in order to build the accessible ramps, they realized that the bike lane would need to be raised onto the sidewalk. So they decided to create what may become Boston's first sidewalk level cycle track. I believe that the crosswalk and the cycle track are both positive changes, but there still remain issues to be addressed. Many of them were covered by people who spoke up at the public meeting, for a solid two-and-a-half hours of testimony:

The engineers expect to submit final design for review by the end of this month and to put it out for bid so that construction can begin this spring.